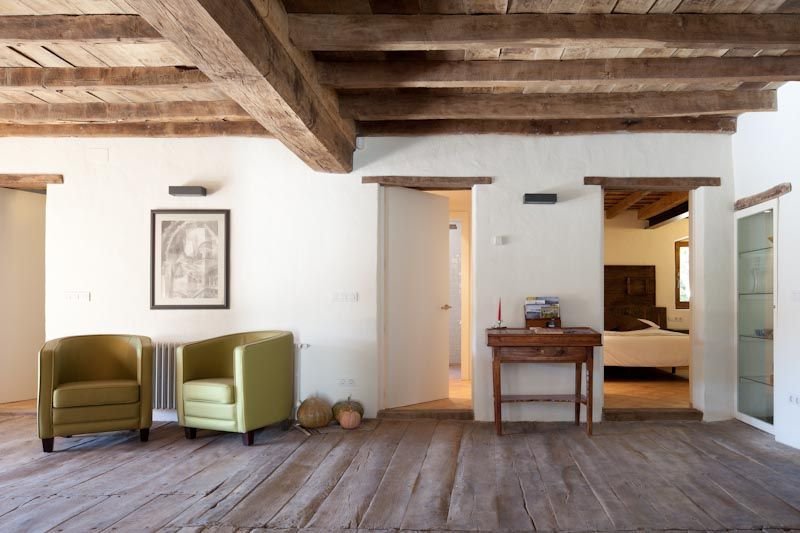 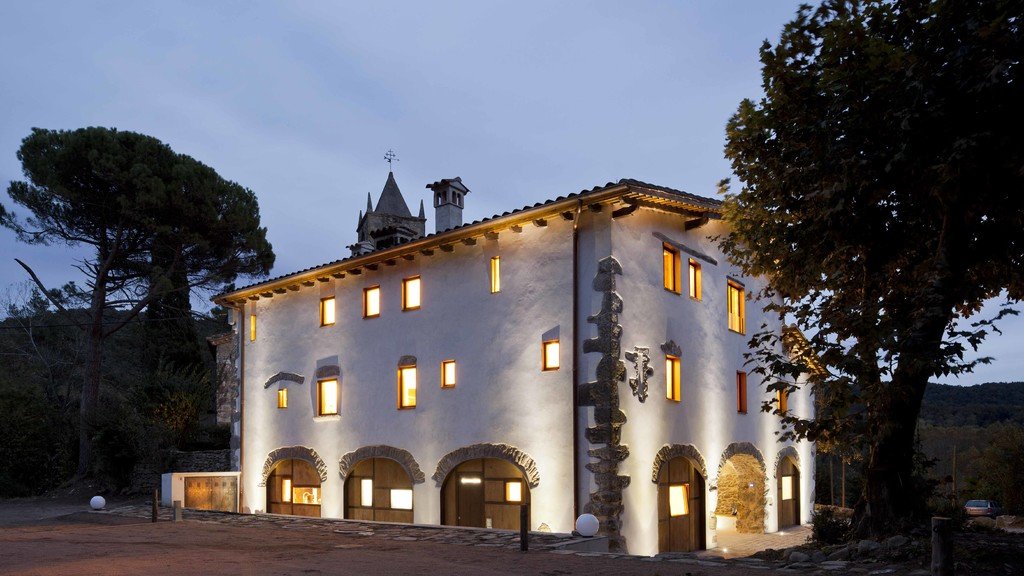 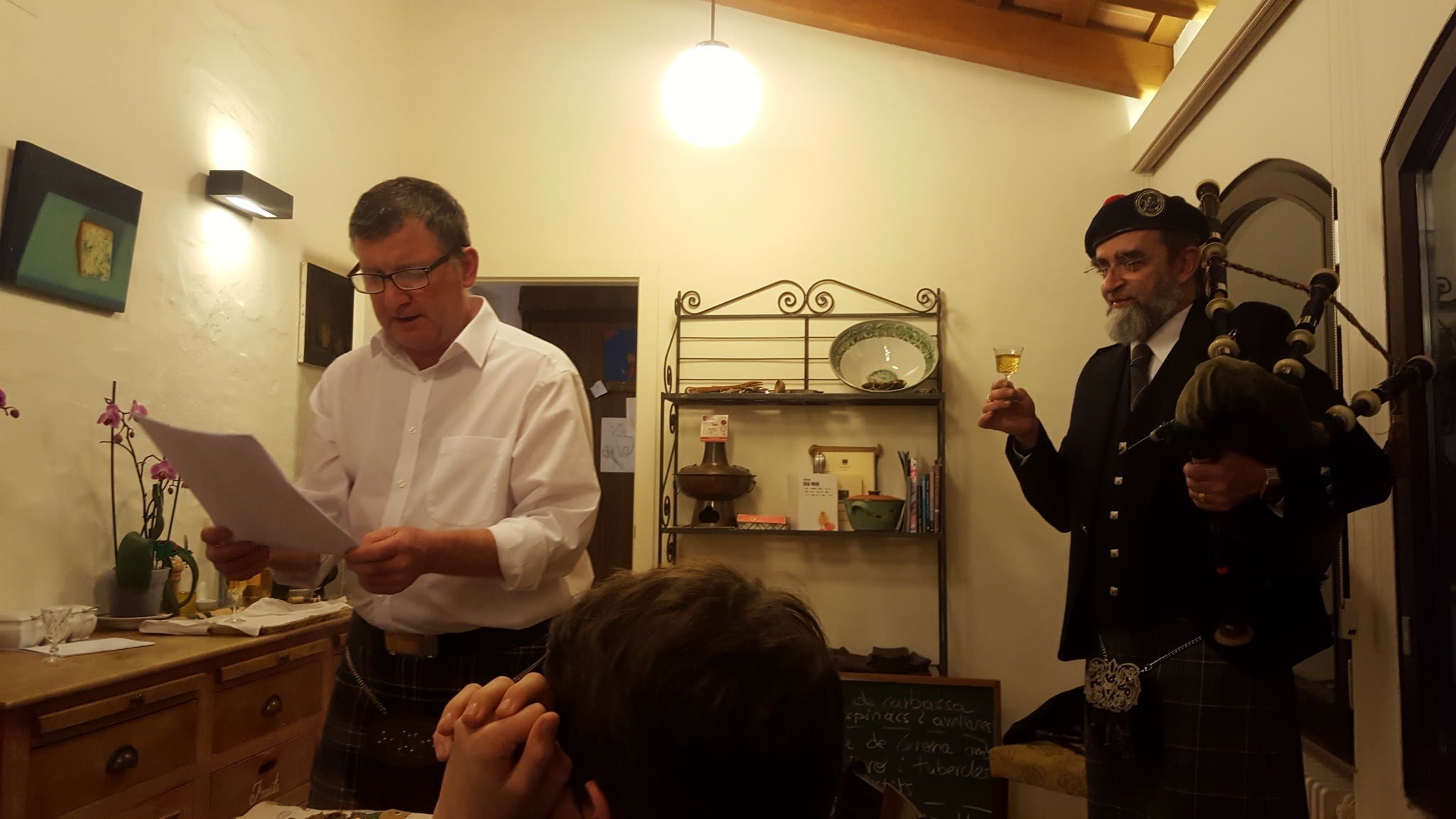 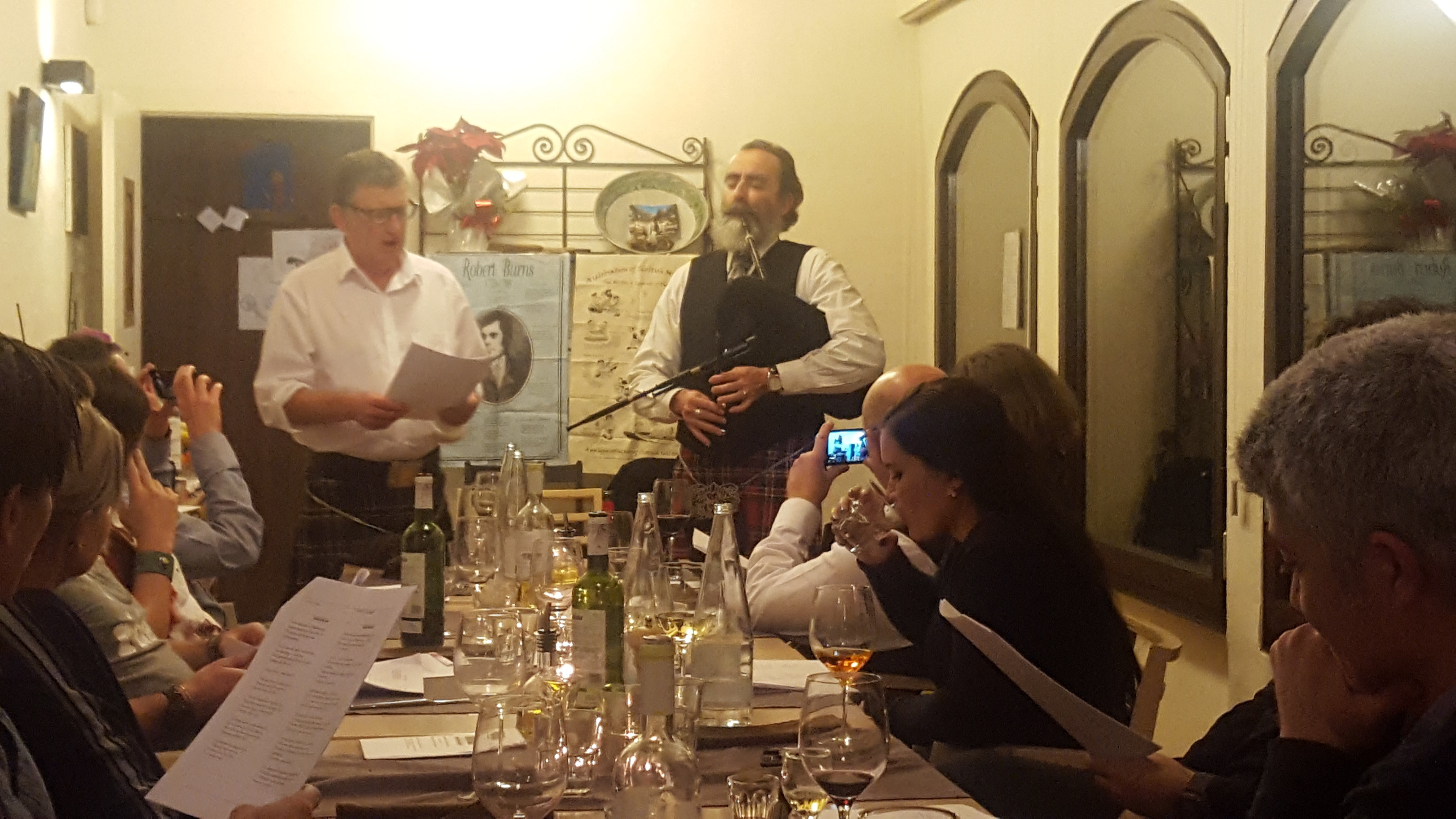 Thinking of a Burns night in La Garrotxa may seem strange but in La Rectoria de Sant Miquel de Pineda we like to share our mixture of cultures. Burns night is a Scottish holiday celebrated around the 25th of January, the date of the birth of the Scottish poet Robert Burns. It is a celebration where Scottish culture in the form of poetry readings, music, traditional dances and Scottish cuisine are the protagonists. We find Burns night all over the world wherever there’s a Scotsman, and this is the case in La Rectoria de Sant Miquel de Pineda.

La Rectoria de Sant Miquel de Pineda is a rural accommodation farmhouse. It’s a family business (Roy, Goretti and Silvestre) in which we embarked many years ago, specifically in 2006, after returning from Scotland and falling in love with this little corner of La Garrotxa. The Rectory is more than an accommodation: it’s a life project, the project of a family that has wanted to make from its mixture of cultures and its commitment to the territory, its life. A commitment that has materialized in the accreditation of the European Charter for Sustainable Tourism (ECST) for more than six years, an accreditation in which we firmly believe as a tool for the future and which helps us to work with and for the territory with a commitment to quality and proximity. This proximity is reflected in the use and promotion of local products both in our breakfasts (cheeses, sausages, bread ..) and in the dishes we serve for dinners, with the use of typical ingredients of La Garrotxa such as beans , farro or buckwheat.

This commitment to the territory, combined with the desire to offer quality, have led us to create special and different experiences such as Burns night. Our Burns nights are a reflection of our Scottish and Catalan heritage. In an environment as special as Sant Miquel de Pineda, we like to share with our customers and friends a good time around the table with good food, Scotch whiskey and bagpipe music played by our friend Francesc - who has accompanied us for eight years now, since our first Burns.

The Burns nights at La Rectoria are an opportunity to get a taste of the Scottish cuisine prepared by Roy. With some ingredients brought directly from Scotland, but a majority of local origin, as our commitment to the territory we live in and Sustainability are part of the essence of what we are and do on a daily basis. The traditional Burns dinner, Cock-a-leekie soup, Haggis and Roy's dessert (Lemon meringue pie, Cranachan, pear and white chocolate trifle…), enlivened by Burns poems, the sound of the Scottish bagpipe and - as the main element - the scotch whiskey, make La Rectoria de Sant Miquel de Pineda become, for one night, a small part of Scotland in La Garrotxa.