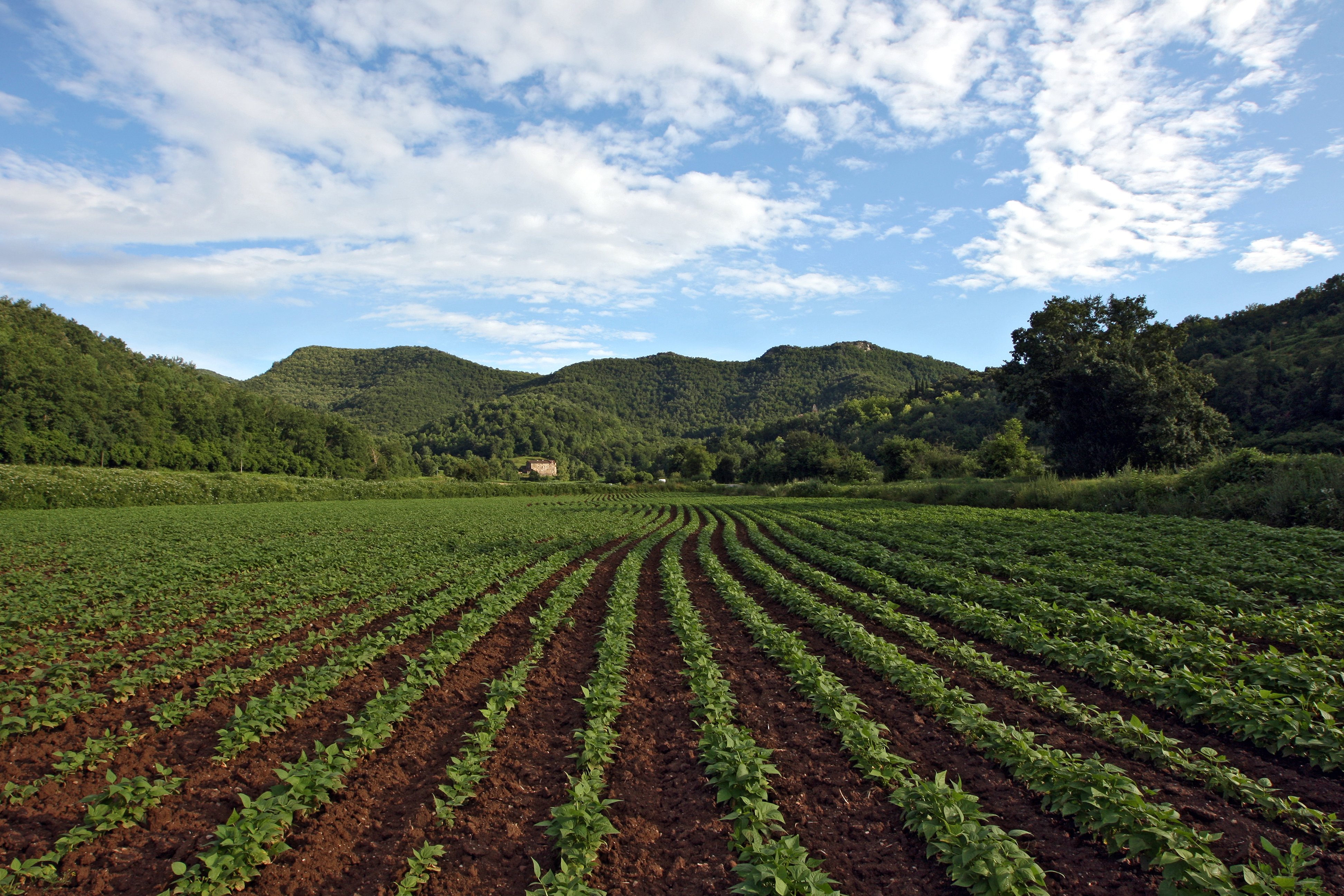 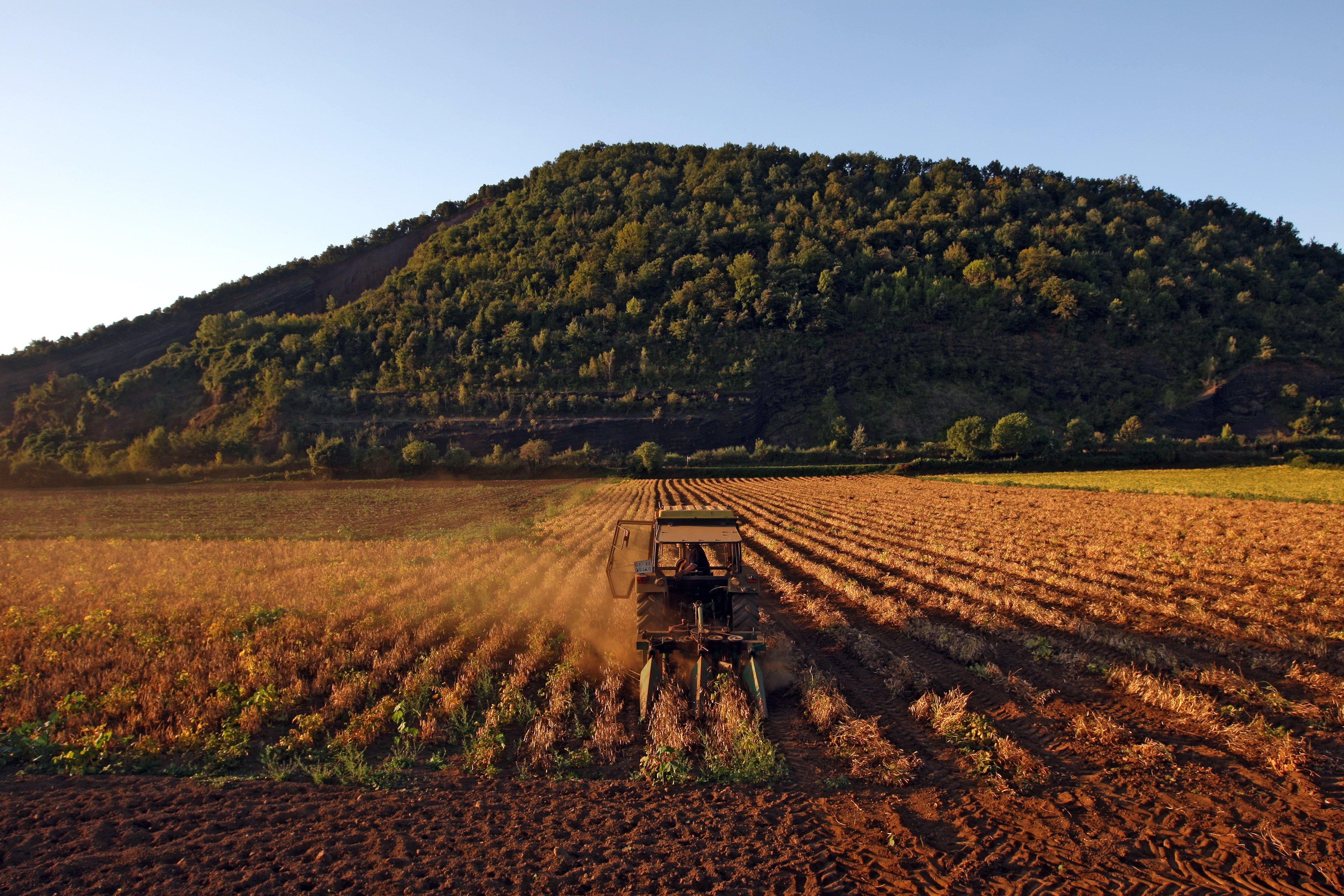 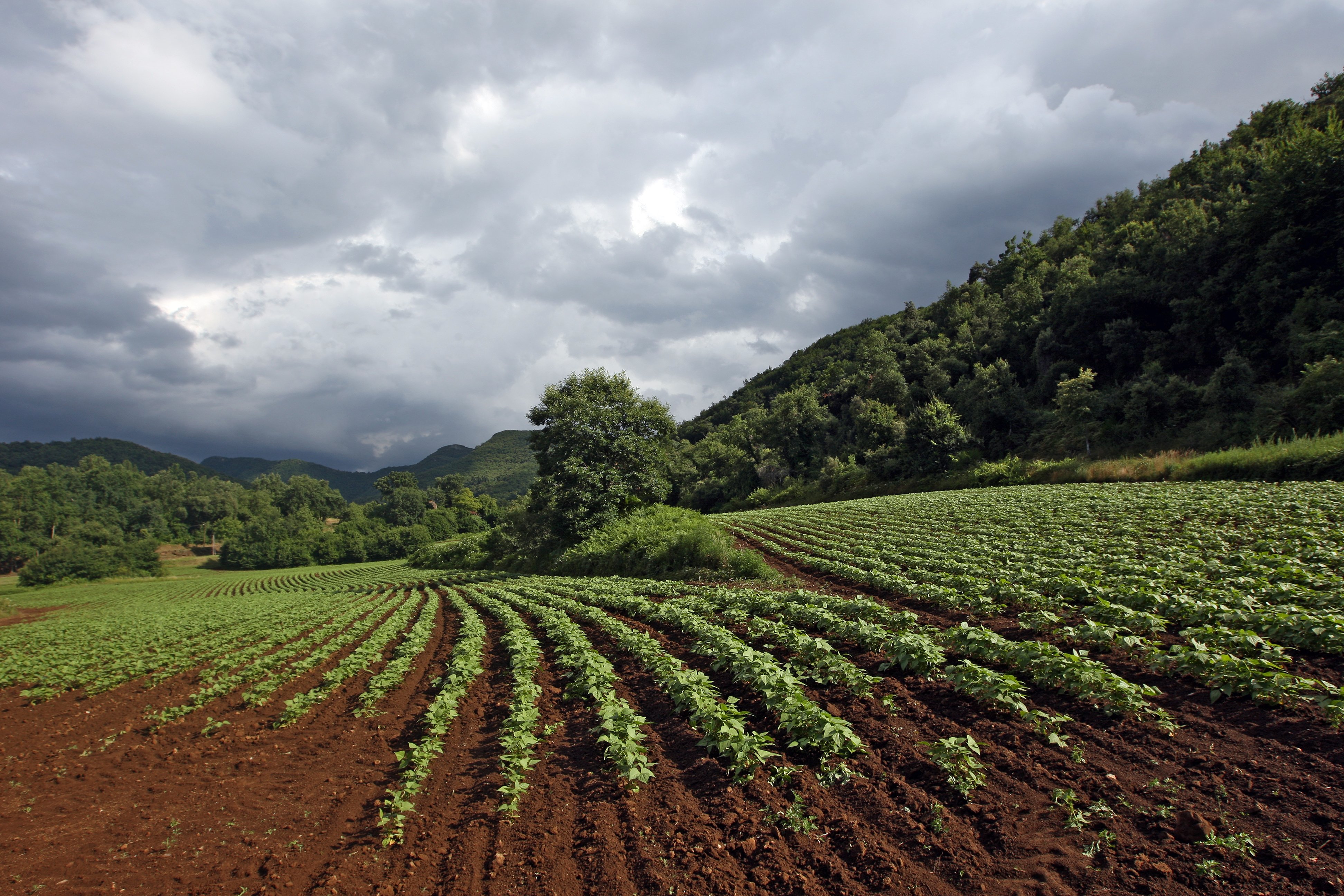 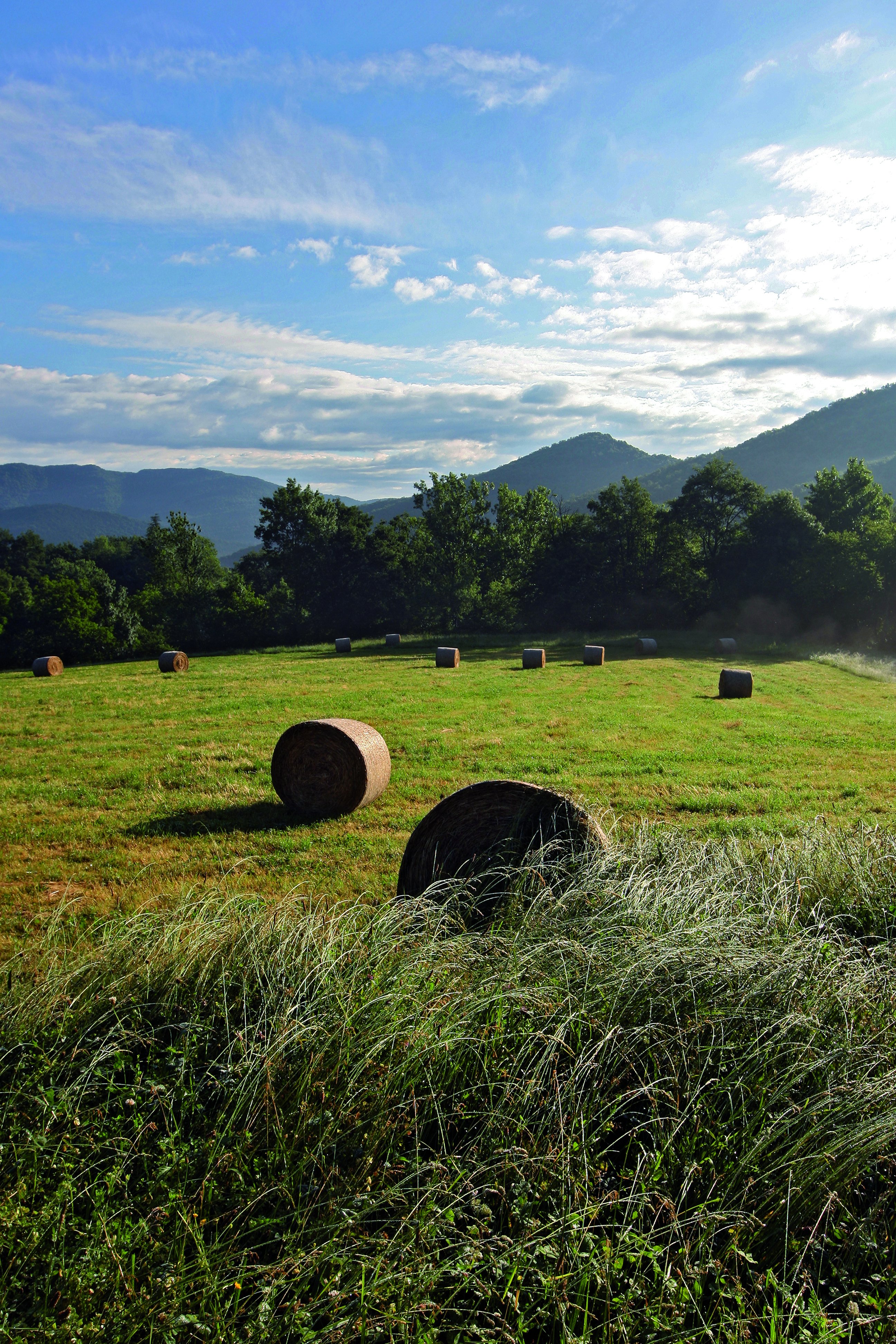 The main features of agriculture in the Natural Park

The geographical distribution of the agricultural uses of soil is the result of the interaction of a number of factors, including terrain, climate and edaphology. The Natural Park is located in a medium altitude area with a high diversity of reliefs, orientations and altitudes (300-1027 m).

The most important fact about the Natural Park's climate is the high rainfall, ranging annually from about 900 mm in the eastern sector to over 1,000 mm almost everywhere else in the area. In similar latitudes to those of the Park, these values can be considered normal for mountain areas above 1,000 m, but what makes this area special is the fact that they are recorded at observatories at altitudes between 300 and 600 m.

The other key factor that determines agricultural potential is the soil. The region's volcanic geology has led to the development of soils with certain unique edaphic features. Volcanic soils stand out for their high fertility and exceptional nutrient retention capacity. Thirty per cent of the 3,572 ha of volcanic soil in the Natural Park are used for agriculture. These soils have certain unique features that are not found anywhere else in the Iberian peninsula, requiring specific agricultural management to ensure their preservation.

Farming and livestock husbandry in the Natural Park

The agriculture practised in the Natural Park has strong ties with livestock raising, which is the main activity on more than 90% of the farms. This significantly affects both the type of crops and pastures grown and their management. There is a high presence of crops used for forage and grain crops that are used mainly to make animal feed. The most commonly grown crops are winter cereals, ryegrass, maize and sorghum, while the pastureland may be natural or obtained by sowing with different species.

The livestock farms in the Natural Park vary considerably both in their production type and the production systems used in each case. As a general rule, the farms predominantly raise beef cattle (33%), sheep and goats (21%), based on a highly extensive production system in which the animals use the resources offered by the land as naturally as possible. This type of livestock farming uses pasture as the animals' main source of food. All of this information is explained in greater depth in the publication “Agriculture and livestock in the Garrotxa Volcanic Zone Natural Park”, that has resulted in the "Fet al Parc" initiative.

The Natural Park's natural and environmental assets, biodiversity and landscape beauty are some of its key features. Reflected in the fields, meadows, volcanoes, forests, mountains and rivers, they are the outcome of the joint evolution of natural systems and their use by humans, and a well-designed mix of farming, animal husbandry and forestry activities.

Of the total area of the Natural Park (15,309 ha), 71.9% is forest, predominantly holm oak, deciduous oak and beech, which occupy the more mountainous and steeper areas, while the open spaces used for farming occupy the flat land at the bottom of the valleys. Even so, in areas of transition, it is common for these different uses of the soil to be combined irregularly, forming a mosaic-type landscape which is the outcome of the joint evolution of natural systems and their use by humans.

In an area that is predominantly woodland, the open spaces increase the ecosystems' diversity, with specific plant and animal species that are dependent on these habitats, and perform different environmental functions. The Natural Park's open areas are occupied mainly by extensive crop growing (2,522 ha), pasture (1,321 ha) and also vegetable gardens (8 ha) and orchards ( 6 ha). Agricultural uses as a whole occupy an area of 3,857 ha, which is more than 25% of the Natural Park's total area. Given this sector's importance, the Natural Park's management pays considerable attention to agriculture, both to improve agronomic knowledge and also to foster the externalities generated by farming activity that are linked to preservation of the natural environment.

Of all the agricultural uses of land in the Natural Park, the meadows are where there is greatest diversity of flora and fauna. With their low degree of intensification, the meadows are justifiably considered habitats with a high ecological interest. Furthermore, while crop growing usually takes place in the valleys, pastures often occupy slopes and montane habitats, interspersed among woodland, facilitating the formation of a mosaic of habitats with a high ecological and landscape value.